Everywhere you hear it's a clean way to get energy. So let's see if it really is. 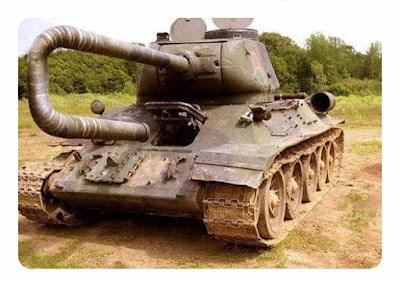 As an introduction, a few words about how the sun heats the earth and how a solar panel works.
The infrared part of the solar spectrum (wavelength > 700 nm, about 50% of the energy) is directly responsible for heating the Earth's surface and air. This kind of solar radiation exposure on the Earth is considered normal.
Photovoltaic (PV) panels operate in the visible part of the solar spectrum: from 350 nm to 750 nm (approximately). It is this part of the solar spectrum that does not normally heat the environment (the part between 700 and 750 nm does). Energy from this range of radiation is partially (14-22%) converted into electrical energy and the rest (78-86%) is converted into thermal energy.
PVs thus act as a converter of the visible part of the sunlight spectrum (not infrared) to heat (infrared). In other words, they increase the amount of heat compared to the transmitted infrared portion of sunlight. To simplify the estimation, let's assume that 16% of the energy consumed by PV is converted into electrical energy. The rest is dissipated in a form of heat. Data about the operational power produced by solar panels are given in units of electric power generated by Photovoltaic (PV) systems. I.e. 84% of the energy dissipated into heat is not included in these values.

Now let's try to look at things globally.
the number of solar panels on earth is growing almost exponentially every year. According to the Renewable Capacity Statistics 2021 website, at 12.2.2021 the world had 714 GW of operational Photovoltaic (PV) systems. Let's try to translate this value into a carbon footprint by treating all operating PV systems as one.
Some assumptions at the beginning:

This value corresponds to the carbon footprint (assumption that the carbon footprint of the 1 kWh is 0.5):.
1874250000 kg CO2 /hour.
or
16 418 430 000 000 kg CO2 / year ~ 16.4 GT /year.
This is a huge value and corresponds to the 52% (!) of total CO2 emission in 2020 (31.5 GT / year) ! Thus, we have an unexpected situation because it looks like solar panels are far worse at producing energy than fossil fuels. Let's see a comparison of the increase in operational energy of PV systems to the change in global temperature anomaly as a function of years. Temperature data from https://climate.nasa.gov/vital-signs/global-temperature/.
Please note the different scales of the data presented in the figure. The operational power generated by solar panels is shown in red, the temperature anomalies in blue. Almost perfect correlation !

The final conclusions rather indicate that solar power plants do more damage than conventional ones.

Now, the natural question is whether we are already seeing a correlation of climate change with the increase in heat islands around solar power plants. About this there is the next text Are solar power plants really green energy ? Continuation

I would be grateful if someone could point out to me the error I am making in the above approximations.